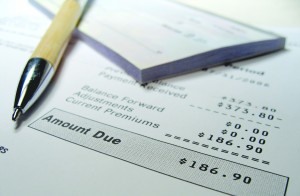 The ushers have received the morning offering.  Now what? I have heard so many stories over the years of what happens in churches after the offering is received. One account tells of the ushers immediately returning the plates to the front of the auditorium and counting the offering right then. This church also received multiple offerings. In most churches this process would prove disruptive. On the other end of the spectrum I have heard of a church that, after the offering is received, the financial secretary leaves and counts the cash. A bank deposit is prepared, and the cash is taken to the bank. All the envelopes are then taken home and opened at some later date, and the amounts recorded and a deposit made. The rationale is that checks can’t be stolen. There are many variations to these processes, none of which strengthen the process or provide more safeguards.

Baptist Church Planters provides strong guidance to our church planters on church finances. There should always be at least two people present when funds are being stored or counted. The church funds should never go home with anyone. Church funds should be counted and deposited the same day they are received. These are just a few of the guidelines provided in our church planting manual.

Integrity is a word that has several implications. We refer to the integrity of a building or of a data base. The concept of integrity is that the whole thing is working well, undivided, integrated, intact, and uncorrupted. When we focus on people, we often talk of character and integrity in the same breath. Integrity implies sound construction and lack of corruption.

Do the financial processes being used in your church open the door of temptation?  There is a myth that “as long as we are all in this for Jesus, there won’t be any irreversible consequences.  It will all be alright in the end.” It won’t always be alright. I could tell you stories of people yielding to the temptation and stealing from the offerings. Earnest effort, sincerity, lofty goals, faithfulness, or availability do not replace competence, realism and timely accountability. Take the time to do it right!